Australia is huge! Although Sydney and Melbourne were busy, there is so much space. The whole of Europe would fit into Australia, yet they have a population of 25 million (a third of the UK’s!) 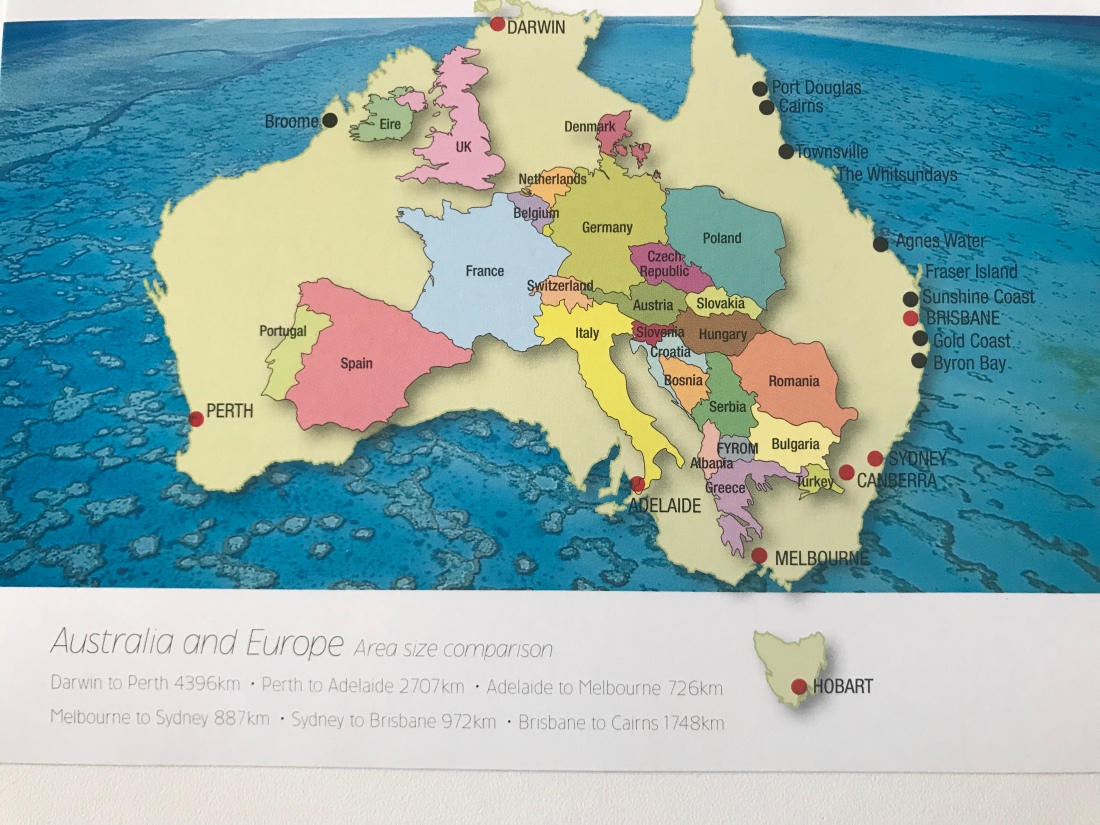 The Aussies are direct, no nonsense – ‘don’t be a tosser’. Some of their abbreviated words are hilarious (and not worth the effort!)

I liked the laid back culture ‘no hurries, no worries’.

The Aussies are much more eco-friendly than we are – bins, notices about water being a precious and scarce resource everywhere, absence of litter.

Stunning scenery, landscapes so arid, stark and different from the UK.

I loved the Great Ocean Road especially the Apostles and the Loch Ard Gorge, The Ghan, Uluru at sunrise and sunset.

The cities I liked most were Perth and Sydney. So easy to get around, clean and safe with free or low cost public transport in the central area!

My cuddle with a koala was a highlight.

I loved meeting up with people from home on my trip:

Thai meal with David, Toby and Jay in Adelaide 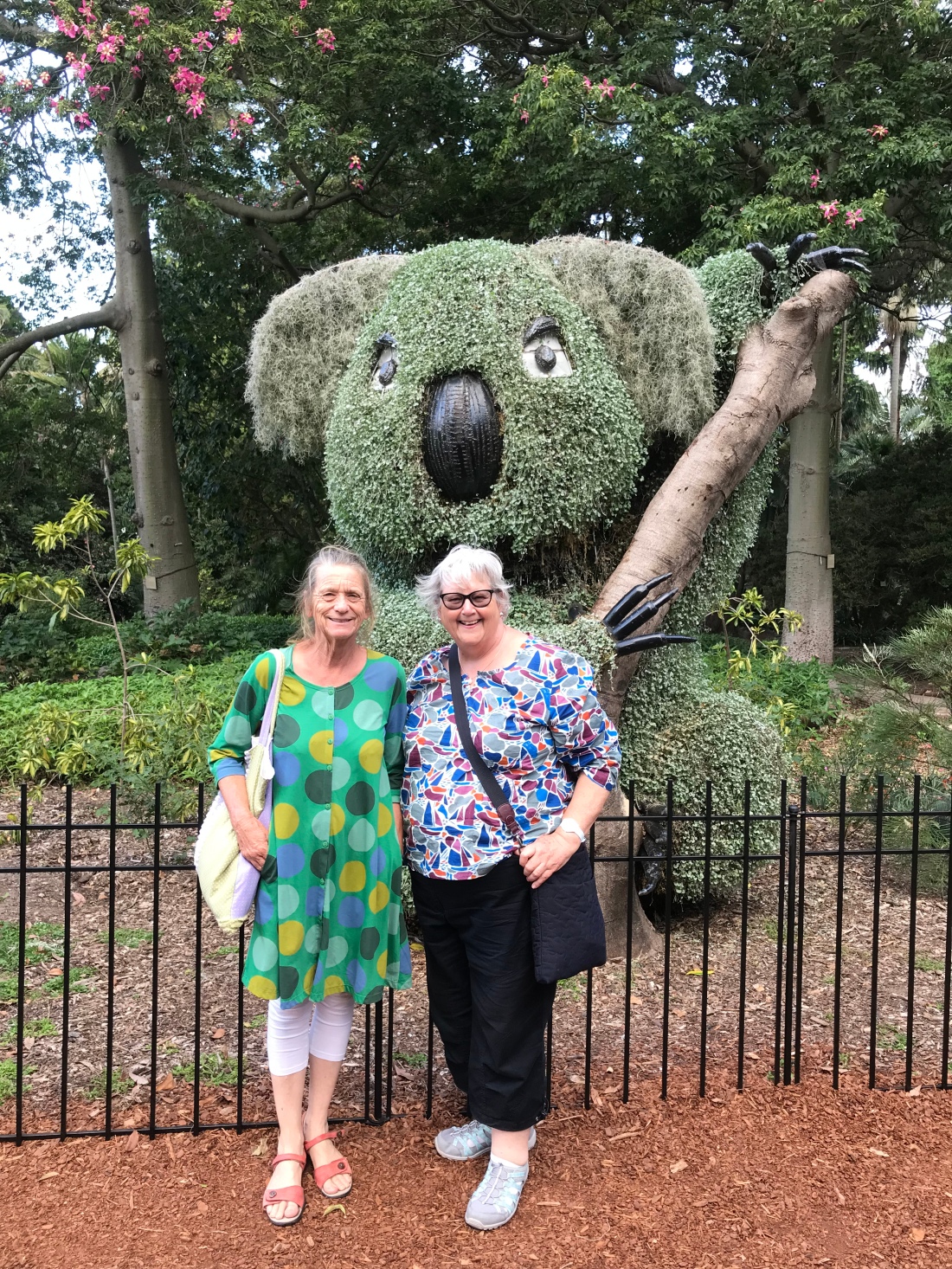 At some stage I’d like to go back to see more of the East Coast, Tasmania and spend more time in Sydney… who knows when….

3 countries visited – Singapore, New Zealand, Australia (4 if you count the stopover in Dubai on the way back)

Stayed in – 19 hotels, The Ghan and Milford Mariner 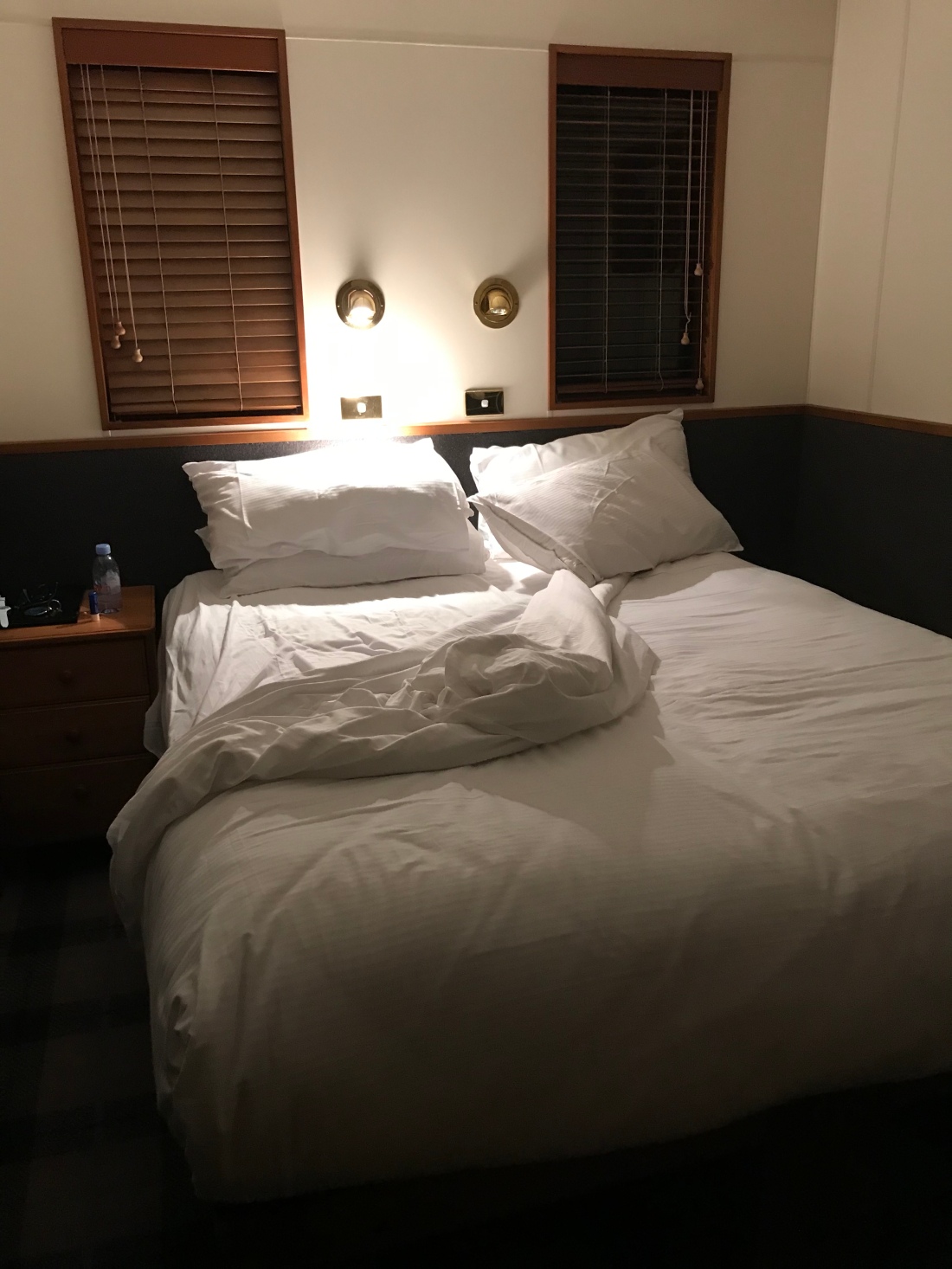 Boats – Milford Mariner, TSS Earnslaw, ferry across Cook Strait, Bay of Islands, ferry from Russell to Paihia, ferry from Auckland to Devonport, ferry from Elizabeth Quay to Claisebrook Cove in Perth, Scenic cruise from Fremantle to Perth, ferry to & from Kangaroo Island, two boats in the Katherine Gorges

Catamaran to the Great Barrier Reef & back, Sydney Harbour Cruise, ferry to Manly and back. 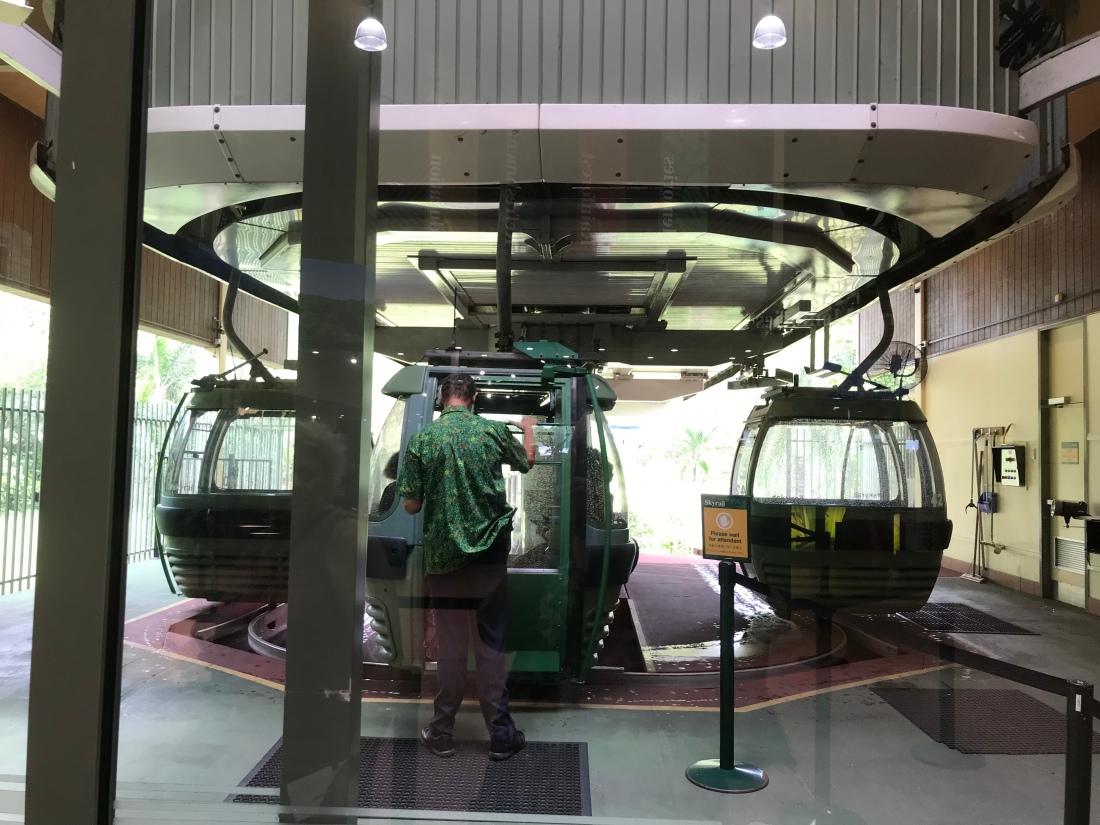 Thanks to my fellow travellers for their company, friendship and fun.

To those who travelled the whole distance:

To those who were with us in NZ only:

And those who joined us in Oz: 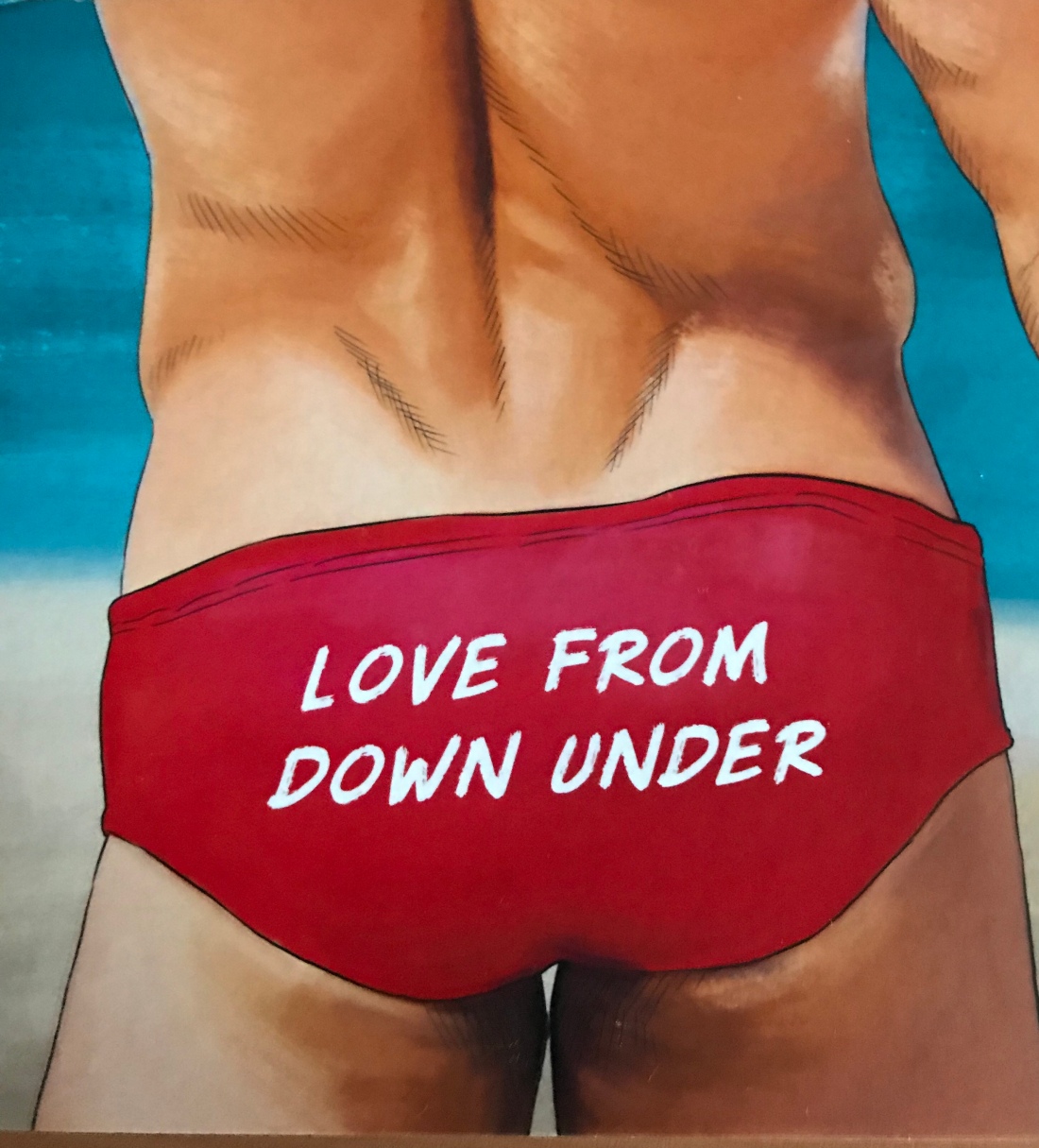 After sorting out my luggage ready for the journey home, I took the train to Circular Quay for a tour of the Opera House.

There are plaques in the pavement on Writer’s Walk beside the Opera House.

Two that stood out for me were Nevil Shute and Clive James.

I particularly liked the quote on this one. 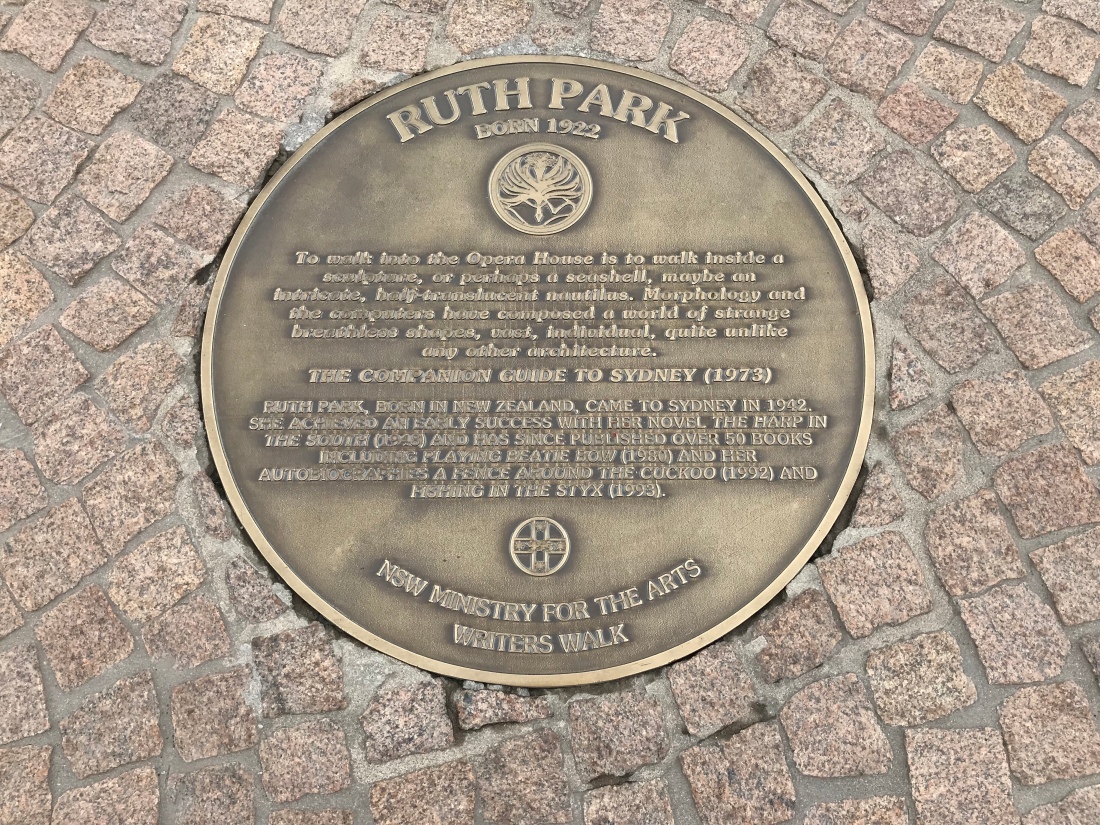 Ruth Park in The Companion Guide to Sydney (1973)

“To walk into the Opera House is to walk inside a sculpture, or perhaps a seashell, maybe an intricate, half-translucent Nautilus. Morphology and the computers have composed a world of strange breathless shapes, vast, individual, quite unlike any other architecture.”

I had a coffee while I was waiting for the tour to start. About 10 minutes beforehand I realised I’d taken the ticket out of my purse when I was tidying up to come home!

Fortunately I found a very helpful lady and was able to get a reprint done pretty quickly.

The tour was very interesting.

We heard about the trials and tribulations of getting the Opera House built.

It took 5 times longer than forecast to build and cost over $100 million dollars instead of the initial estimate of $7.3 million!

The roof was particularly interesting. It has 10 sails or shells in 3 groups. Although the roof looks white, the tiles are actually off white and beige in colour. You can see from the photos that the tiles are all different shapes and sizes.

We were shown into two of the auditoriums, including one where rehearsals for the forthcoming production of the ballet Giselle were going on.

Before the tour started a photo was taken and used to make a tasteful souvenir booklet, complete with photos at all the key points of the tour. It was expensive but is a lovely memento of my visit to this iconic building.

After the tour ended, I went back to Circular Quay to take the ferry to Bangeroo to visit Darling Harbour.

    It reminded me of Canary Wharf. There are skyscraper offices for City types, with lots of cafés and eateries on the wharf and a few small shops, as well as an Aquarium, Madame Tussaud’s and the Museum of the Sea.      I had a snack and coffee, then took a ferry back to Milsons Point, walked up the hill and caught the train for the last stop to North Sydney.

The trains are an interesting two tier design with a mezzanine floor where you get on and off.

You can see the train pulling into the station after crossing Sydney Harbour Bridge. 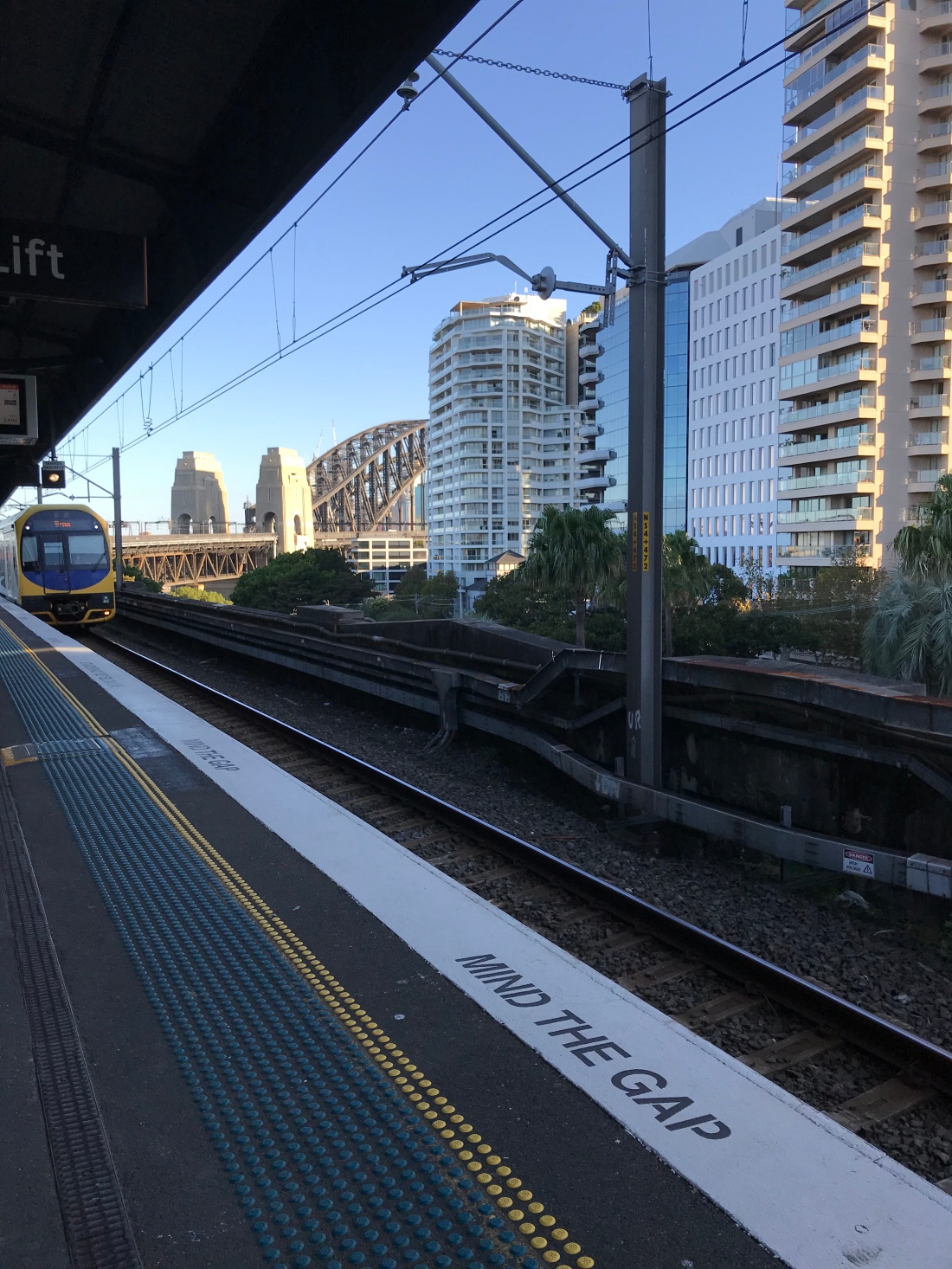 I’ve really enjoyed Sydney, the openness and beauty of the Bay, the buzz, the fantastic transport system and of course the stunning Opera House.

When I got back to the hotel I had a chat and a cuppa with Ali, Kash, Jenny and Andy, who were also flying to Dubai. Then we travelled together to the airport in a people mover.

We checked in, I said farewell to my companions and went to the Emirates Lounge until the flight was called.

The flight left on time for the 14 hour journey to Dubai.

I watched The Greatest Showman and First Man, then tried to get some sleep. I was unsuccessful, despite the comforts of Business Class. 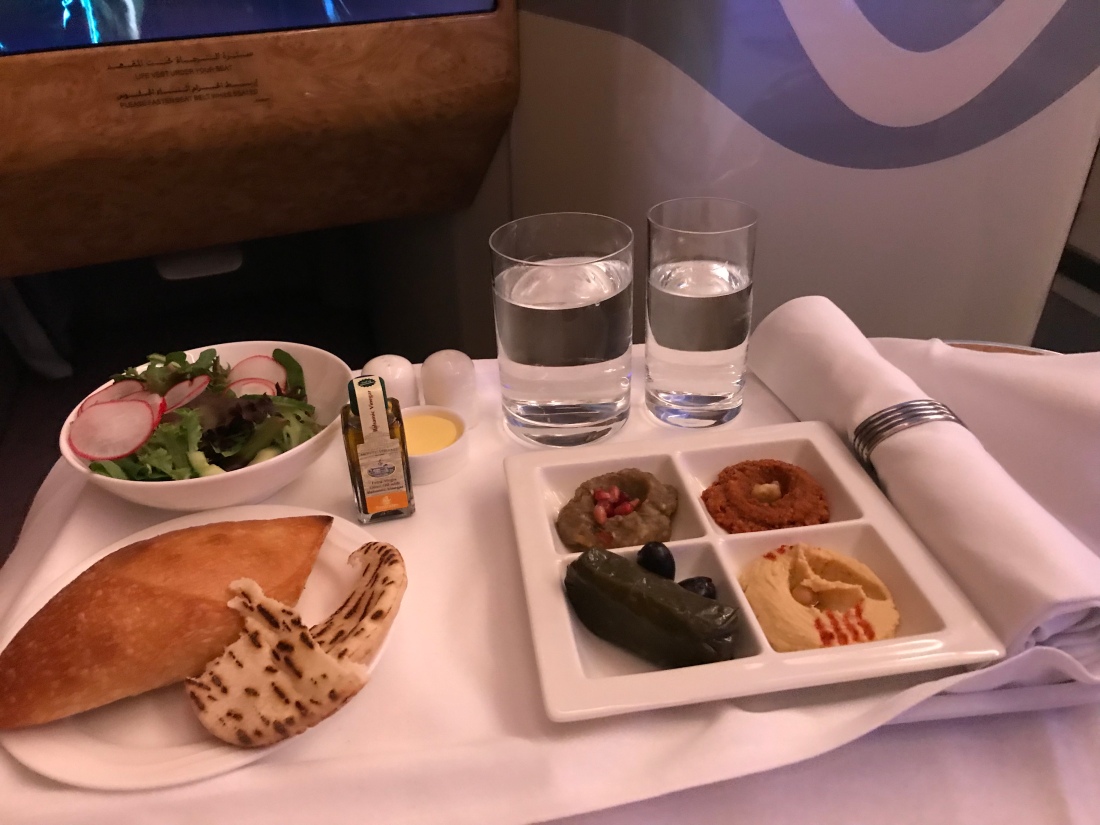 We arrived at 05:30 Dubai time, where the temperature was already 26C!

The airport is huge and it took a long while to walk from Area C to Area A where my flight to London left from.

Then I was able to relax in the very comfortable Emirates lounge until the final 7 hour flight to London at 09:30.

Everything went smoothly apart from not being able to sleep again. I’m really looking forward to sleeping in my own bed!

And it was fantastic to be picked up and chauffeured home. The end to a wonderful holiday.

Hilary's Travels Down Under
Blog at WordPress.com.
Loading Comments...